beginner
Central bank digital currencies (CBDC) are digital tokens, similar to cryptocurrency, issued by a central bank. They are pegged to the value of that country's fiat currency.
previous page main crypto glossary
saveLog in to save this entry.

To the uninitiated, the technologies behind CBDC – central bank digital currencies – and cryptocurrency might sound similar. They are both digital currencies, after all. But to conflate the two is vastly misleading. Even if CBDCs adopt distributed ledger and blockchain aspects at the design level, they will in no way provide utility in the decentralised finance (DeFi) or Web 3.0 spaces.

Because so many countries are researching ways to transition to digital currencies, it’s important to understand what they are and what they mean for society.

A CBDC is simply digital fiat Fiat money is a government-issued currency that is not backed by a physical commodity but rather by the government that issued it.Learn more. Since most fiat transactions are already digital in nature, “it’s hard to see how these are really very different than the money we have today,” – Kent Barton, tokenomics lead at ShapeShiftDAO.

The introduction and evolution of cryptocurrency and blockchain technology have created interest in cashless societies and digital currencies. Thus, governments and central banks worldwide are exploring the possibility of using government-backed digital currencies. When, and if, they are implemented, these currencies would have the full faith and backing of the government that issued them, just like fiat money.

CBDCs might appear to be the gateway to digital currencies when in reality “they’re just a different flavour of fiat. CBDCs do not solve any of the fundamental problems of traditional fiat and only serve to further entrench the interests of central banks.

A working CBDC would share none of the trustless, permissionless or decentralised principles that crypto is founded on. Some fear the exact opposite. They lack the ideals that cryptocurrencies were founded on and are nothing more than a government tool to extend power and control over the currency. CBDCs strip away privacy, personal sovereignty, and decentralisation.

There are two types of CBDCs, wholesale and retail. Wholesale CBDCs are primarily used by financial institutions. Retail CBDCs are used by consumers and businesses, much like physical forms of currency.

Is CBDC a Cryptocurrency?

Is CBDC Based on Blockchain?

CBDCs can be based on blockchain, but they do not need to be. The Federal Reserve Bank of Boston and Michigan Institute of Technology’s Digital Currency Initiative found in their research that distributed ledgers could hinder the efficiency and scalability of a CBDC.

Unlikely, since they serve different purposes, although CBDCs will undoubtedly have an impact on the cryptocurrency sector.

What Is a Central Bank Digital Currency (CBDC)?by Shobhih Seth 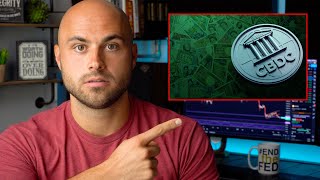 What is a Central Bank Digital Currency? Explained Simply 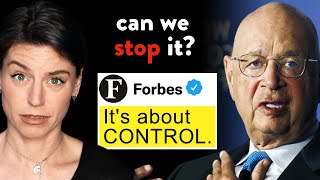 The biggest threat to our financial freedom – CBDC 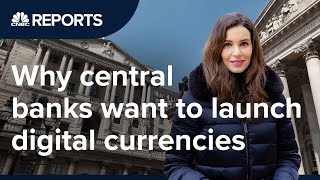