beginner
Decentralized applications, or dApps, are software programs that have their backend code running on a distributed computer network.
previous page main crypto glossary
saveLog in to save this entry. [coming soon]

A standard web app, such as Uber or Twitter, runs on a computer system that is owned and operated by an organization, giving it full authority over the app and its workings.

In the context of cryptocurrencies, dApps run on a blockchain network in a public, open-source, decentralized environment and are free from control and interference by any single authority.

For example, a developer can create a Twitter-like dApp and put it on a blockchain where any user can publish messages. Once posted, no one—including the app creators—can delete the messages.

Given the ubiquity of centralized apps and our familiarity with them, the question arises whether we even need dApps in the first place. Let’s see what dApps bring to the table and how they fare against their centralized counterparts.

Security
Decentralized systems based on blockchain or other distributed ledger technologies avoid the single point of failure problem inherent to systems that rely on centralized servers. Furthermore, blockchain and DLTs feature robust that make them very resistant to malicious attacks.

Openness
One of dApps’ biggest advantages is that they, unlike centralized apps, are open and permissionless. This also means that there is no censorship in decentralized apps. However, the open nature of dApps has even greater significance when we consider its impact on the development side of the sector.

The fact that all dApps are essentially open source allows for developers to build on top of each other’s work, to combine and recombine different elements from various projects to create new types of applications and services.

What are dApps: A 2021 guide to decentralized applicationsby Dimitar Bogdanov

The only way to control chaos and complexity is to give up some of that control. 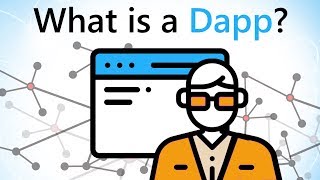 What is a Dapp? 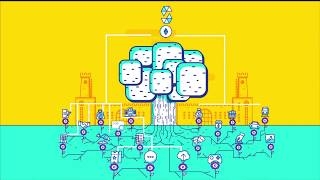 What is a dApp? Decentralized Application on the Blockchain

From multiplayer games to unique social experiences to joining up with friends at a live show or instructor-led workout – the Oculus Quest has it all.
$ 399.00

R2D2's and C3PO's lovechild, BB-8 always knows what to beep in every circumstance. Connect your smartphone and take it for a spin.
$ 379.99 Keep a cool head during your degen trading battles. The Antarctic Star Beverage Refrigerator provides plenty of storage for your favorite drinks.
$ 234.99