beginner
Fear, uncertainty and doubt (FUD) is a strategy to influence perceptions through unfavourable opinions and speculation.
previous page main crypto glossary
saveLog in to save this entry.

Fear, uncertainty, and doubt (often shortened to FUD) is a propaganda tactics used in sales, marketing, public relations, politics, polling and cults. FUD is generally a strategy to influence perception by disseminating negative and dubious or false information and a manifestation of the appeal to fear.

The crypto community’s sentiments swing like a yo-yo from time to time, causing prices to rise or drop. FUD in cryptocurrency is a psychological trick used to spread doubt and fear which would cause that certain coin to drop in price.

By spreading questionable information about the drawbacks of less well-known technologies, an established company or government can discourage decision-makers from choosing those technologies over their own, regardless of the relative merits.

The point of modern propaganda isn't only to misinform or push an agenda. It is to exhaust your critical thinking, to annihilate truth. 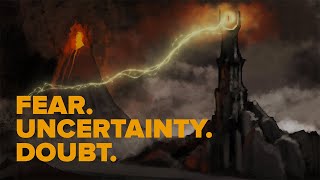 What is FUD – Fear, Uncertainty, and Doubt in Crypto?

Some experts say that Bitcoin and cryptocurrencies are just a scam; others say they're "the most important invention since the internet." It's hard to tell who's right. Authored by Silicon Valley leaders from Google, Microsoft, and Facebook, Bubble or Revolution cuts through...
$ 17.93