advanced
“Hashrate” refers to the total combined computational power that is being used to mine and process transactions on a Proof-of-Work blockchain, such as Bitcoin and Ethereum.
previous page main crypto glossary
saveLog in to save this entry. [coming soon]

“Hashrate” refers to the total combined computational power that is being used to mine and process transactions on a Proof of Work Proof of work (PoW) is a decentralized consensus mechanism that requires members of a network to expend effort solving an arbitrary mathematical puzzle to prevent anybody from gaming the system.Learn more blockchain, such as Bitcoin and Ethereum (prior to the 2.0 upgrade). A “hash” is a fixed-length alphanumeric code that is used to represent words, messages and data of any length.

Machines An ASIC miner refers to a device that uses microprocessors for the sole purpose of "mining" digital currency.Learn more with a high hash power are highly efficient and can process a lot of data in a single second.

In the case of Bitcoin

Before new transactional data can be added to the next block in the chain, miners must compete using their machines to guess a number. More specifically, miners are trying to produce a hash that is lower than or equal to the numeric value of the ‘target’ hash by changing a single value called a . Each time the nonce is changed, an entirely new hash is created.

Adding a block to blockchain “confirms” of all the transactions stored within that block Every time a new block is added on top of earlier blocks, those earlier transactions are reconfirmed again and again, becoming more and more impossible to change.

What Does Hashrate Mean and Why Does It Matter?on CoinDesk 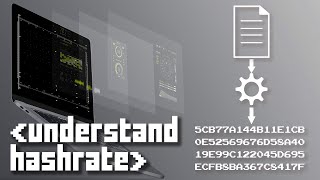 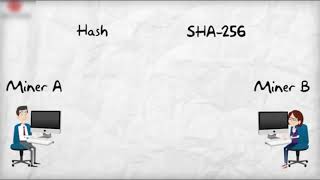 What is hash rate in Bitcoin?