intermediate
Calculating moving averages of an asset helps to smooth out price data over time by creating a constantly updated average price.
previous page main crypto glossary
saveLog in to save this entry.

There are various different types of moving averages that can be utilized by traders not only in day trading and swing trading but also in longer-term setups.

Despite the various types, the MAs are most commonly broken down into two separate categories: simple moving averages (SMA) and exponential moving averages (EMA). Depending on the market and desired outcome, traders can choose which indicator will most likely benefit their setup.

The SMA takes data from a set period of time and produces the average price of that security for the data set. The difference between an SMA and a basic average of the past prices is that with SMA, as soon as a new data set is entered, the oldest data set is disregarded.

So if the simple moving average calculates the mean based on 10 days worth of data, the entire data set is constantly being updated to only include the last 10 days.

EMAs are similar to SMAs in that they provide technical analysis based on past price fluctuations. However, the equation is a bit more complicated because an EMA assigns more weight and value to the most recent price inputs.

Although both averages have value and are widely used, the EMA is more responsive to sudden price fluctuations and reversals.

Because EMAs are more likely to project price reversals faster than SMAs, they are often especially favored by traders who are engaged in short-term trading.

Technical analysis is a skill that improves with experience and study. Always be a student and keep learning. 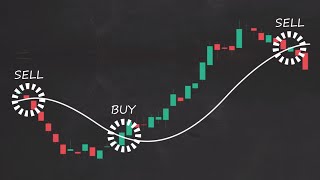 How to Trade Moving Averages (Part 1) 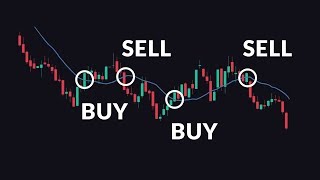 How to Trade Moving Averages (Part 2)