intermediate
The relative strength index (RSI) is a momentum indicator used in technical analysis that measures the magnitude of recent price changes to evaluate overbought or oversold conditions in the price of an asset.
previous page main crypto glossary
saveLog in to save this entry.

The Relative Strength Index (RSI) is a TA indicator developed in the late 1970s as a tool that traders could use to examine how a stock is performing over a certain period.

It is, basically, a momentum oscillator that measures the magnitude of price movements as well as the speed (velocity) of these movements.

By default, the RSI measures the changes in an asset’s price over 14 periods (14 days on daily charts, 14 hours on hourly charts, and so on). The formula divides the average gain the price has had over that time by the average loss it has sustained and then plots data on a scale from 0 to 100.

As mentioned, the RSI is a momentum indicator, which is a type of technical trading tool that measures the rate at which the price (or data) is changing.

Traditional interpretation and usage of the RSI are that values of 70 or above indicate that a security is becoming overbought or overvalued and may be primed for a trend reversal or corrective pullback in price. An RSI reading of 30 or below indicates an oversold or undervalued condition.

What Is the RSI Indicator?on

The stock market is filled with individuals who know the price of everything, but the value of nothing. 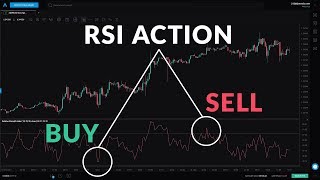 Beginner Guide to the RSI Indicator 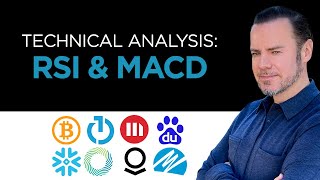