supergeek
In cryptography, a Schnorr signature is a digital signature produced by the Schnorr signature algorithm that was described by Claus Schnorr. It is efficient and generates short signatures.
previous page main crypto glossary
saveLog in to save this entry.

The Bitcoin system, or in general any cryptographic currency has to revolve around the concept of digital signatures a mathematical technique used to validate the authenticity and integrity of a messageLearn more. The Blockchain ledger encodes the ownership of some kind of digital assets.

Unlike the traditional notion of ownership, where it is enforced through legal documents and physical signatures, in digital currency, ownership is proved by a chunk of digital data. Digital signatures work just like their pen-and-paper predecessors, but they’re a lot more secure. Anyone can forge a pen-and-paper signature with a bit of time and effort. You can’t do the same with a robust digital signature scheme, even if you had hundreds of thousands of years at your disposal.

Bitcoin1$ 23,694.380.18%-6.01%-15.89%details protocol came up in the bitcoin-talk forum. Four years later, in 2018, Blockstream engineer Pieter Wuille made the first draft proposal for how a Schnorr signature scheme in Bitcoin might look like. In January 2020 it finally got the BIP number BIP340, which describes the full technical definition of Schnorr Signatures in Bitcoin.

Schnorr signatures are quite simple compared to other schemes. As a result, they’re more provably secure than their alternatives. They additionaly have another powerful property: linearity. This makes the scheme particularly attractive for certain activities – most notably, multisignature transactions.

Schnorr signature allow for things like signature aggregation, which combine the signatures of multiple signers into a single signature. The resulting “master signature” would still be the same length as a regular, one-person signature, leading to significant space savings.

In addition, the combined signatures make it a lot more difficult for an observer to determine who signed (or didn’t sign) a transaction. In m-of-m schemes (where all participants must sign to spend funds), you wouldn’t even be able to distinguish between single-party transactions and multisig ones.

Public key Note that it’s completely safe to show your public key to anyone. You can add it to your website or Twitter bio so that others can verify your identity. Likewise, you can share your public addresses with others so that they can send you cryptocurrencies.
Share This

What the heck is Schnorr?by Rajarshi Maitra

What do Schnorr Signatures Mean for Bitcoin?on Binance Academy

Bitcoin is nothing more than a chain of digital signatures. 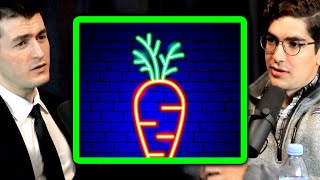 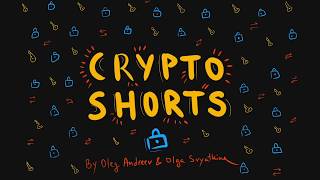 Mastering Bitcoin is your guide through the seemingly complex world of bitcoin, providing the knowledge you need to participate in the internet of money.
$ 23.58

Sleek and fashionable Satoshi Nakamoto T-Shirt with crew-neck and a regular fit. 100% Cotton. Made in Germany.
$ 19.99