intermediate
Smart contracts are simply programs stored on a blockchain that run when predetermined conditions are met.
previous page main crypto glossary
saveLog in to save this entry.

Smart contracts are simply programs stored on a blockchain A blockchain is a digital ledger of transactions that works from a decentralized network.Learn more that run when predetermined conditions are met.

They typically are used to automate the execution of an agreement so that all participants can be immediately certain of the outcome, without any intermediary’s involvement or time loss. They can also automate a workflow, triggering the next action when conditions are met.

The code and the agreements contained in a smart contract exist across a distributed, decentralized blockchain network. The code controls the execution, and transactions are trackable and irreversible. They run on the blockchain, so they are stored on a public database and cannot be changed.

The transactions that happen in a smart contract are processed by the blockchain, which means they can be sent automatically without a third party.

Within a smart contract, there can be as many stipulations as needed to satisfy the participants that the task will be completed satisfactorily.

Once a condition is met, the contract is executed immediately. Because smart contracts are digital and automated, there’s no paperwork to process and no time spent reconciling errors that often result from manually filling in documents.

Because there’s no third party involved, and because encrypted records of transactions are shared across participants, there’s no need to question whether information has been altered for personal benefit.

Smart contracts remove the need for intermediaries to handle transactions and, by extension, their associated time delays and fees.

What are smart contracts on blockchain?on IBM Blockchain

The universe never did make sense; I suspect it was built on government contract. 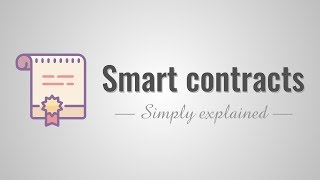 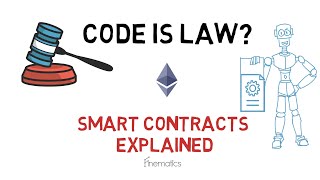 Gain an understanding of a broad spectrum of Bitcoin topics including the history of Bitcoin, the Bitcoin blockchain, and Bitcoin buying, selling, and mining.
$ 12.99

If you want to learn more about cryptocurrencies and whether the opportunity is worth it, then this book will definitely help you make an informed decision!
$ 12.99

A colorful set of drink coasters in the shape of 1.44MB floppy disks. Cheers to you and your boomer friends!
$ 14.99