intermediate
Web 3 is an idea for a new iteration of the World Wide Web, based on the blockchain, which incorporates concepts including decentralization and token-based economics.
previous page main crypto glossary
saveLog in to save this entry.

Web 1.0 and Web 2.0 refer to eras in the history of the World Wide Web as it evolved through various technologies and formats. Web 1.0 refers roughly to the period from 1991 to 2004, where most websites were static webpages, and the vast majority of users were consumers, not producers, of content.

Web 2.0 is based around the idea of “the web as platform” and centers on user-created content uploaded to social media and networking services, blogs, and wikis, among other services. This version of the Internet allowed people to not only consume content, but create their own and publish it on blogs like Tumblr, Internet forums and marketplaces like Craigslist.

After a while, the general public became cognizant about the way their personal data was being harvested by tech giants and used to create tailored advertisements and marketing campaigns. Although Web 2 has brought the world amazing free services, a lot of people have grown tired of the new “walled gardens” these huge tech companies have created and want to have more control over their data and content. This is where Web 3 comes in.

Web 3 can be understood as the “read/write/own” phase of the Internet. Rather than just using free tech platforms in exchange for our data, users can participate in the governance and operation of the protocols themselves. This means people can become participants and shareholders, not just customers or products.

In Web 3, these shares are called tokens or cryptocurrencies, and they represent ownership of decentralized networks known as blockchains A blockchain is a digital ledger of transactions that works from a decentralized network.Learn more. If you hold enough of these tokens, you have a say over the network. Holders of governance tokens can spend their assets to vote on the future of, say, a decentralized lending protocol.

The term “Web3” was coined by Polkadot founder and Ethereum co-founder Gavin Wood in 2014, referring to a “decentralized online ecosystem based on blockchain.” In 2021, the idea of Web3 gained popularity. Particular interest spiked toward the end of 2021, largely due to interest from cryptocurrency enthusiasts and investments from high-profile technologists and companies.

Web 3 makes the proliferation of cooperative governance structures A decentralized autonomous organization (DAO) is an open-source blockchain protocol that automatically performs certain actions without the intervention of intermediaries.Learn more for once-centralized products possible. Anything at all can be tokenized, whether it’s a meme, a piece of art A non-fungible token is a digital asset that’s like a one-of-a-kind piece of internet real estate. Learn more, a person’s social media output or tickets to Gary Vee’s conferences.

Experts say, in the best-case scenario for Web3 enthusiasts, the technology will operate alongside Web 2.0, not fully supplant it.

In other words, blockchain-based social networks, transactions and businesses can and will grow and thrive in the coming years. Yet knocking out Facebook, Twitter or Google completely is not likely on the horizon, according to technology scholars.

Instead, you can leverage blockchain to build apps on a decentralized state machine that’s maintained by anonymous nodes on the internet.

Read the awesome “The Architecture of a Web 3.0 application” article by Preethi Kasireddy for an in-depth explanation on Web 3 architectures.

What Is Web 3 and Why Is Everyone Talking About It?by Robert Stevens

People are talking about Web3. Is it the Internet of the future or just a buzzword?by Bobby Allyn

The Architecture of a Web 3.0 applicationby Preethi Kasireddy

Web 3 is an internet owned by users and builders orchestrated with tokens. 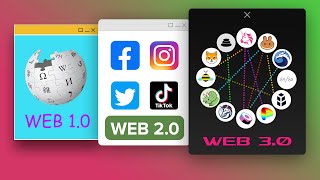 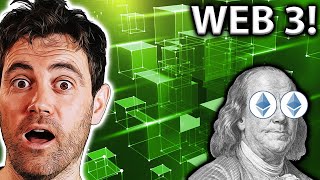 Web 3: The Future or All HYPE? 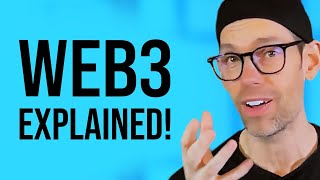 From multiplayer games to unique social experiences to joining up with friends at a live show or instructor-led workout – the Oculus Quest has it all.
$ 399.00