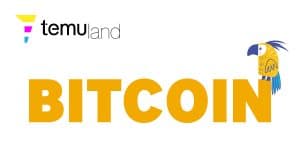 Bitcoin is a decentralized digital currency that can be sent from user to user on the peer-to-peer bitcoin network without the need for intermediaries.Learn more is a decentralized cryptocurrency originally described in a 2008 whitepaper by a person, or group of people, using the alias Satoshi Nakamoto. It was launched soon after, in January 2009.

Bitcoin is a peer-to-peer online currency, meaning that all transactions happen directly between equal, independent network participants, without the need for any intermediary to permit or facilitate them. Bitcoin was created, according to Nakamoto’s own words, to allow “online payments to be sent directly from one party to another without going through a financial institution.”

Some concepts for a similar type of a decentralized electronic currency precede BTC, but Bitcoin holds the distinction of being the first-ever cryptocurrency to come into actual use.

On May 22, 2010, a man in Florida paid 10,000 bitcoin for two pizzas. This is generally recognized as the first commercial bitcoin transaction.