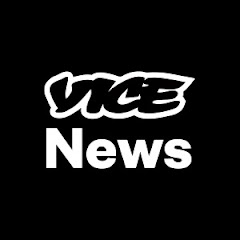 How Bitcoin Can Help Track Down Criminals (HBO)

Bitcoin (btc)1$ 49,401.130.29%-0.08%-12.87%details makes your transactions anonymous. But buried in last month’s special counsel indictment of 12 alleged Russian spies is an explanation of how law enforcement used the blockchain A blockchain is a digital ledger of transactions that works from a decentralized network.Learn more, the network which facilitates bitcoin transactions, to track and identify the suspects using their cryptocurrency transactions.

Because every bitcoin transaction is recorded on a public ledger A digital distributed ledger is an agreement of shareable, shared, and synchronized data, which is spread across several networks.Learn more, law enforcement can trace back bitcoins to its origins. Once you trace enough steps back, an investigator could typically find some place where bitcoins were purchased or where bitcoins were used to purchase a service. This is key, because bitcoin sellers, like Coinbase, or places that sell services, typically require some personal information. With the power of subpoena, law enforcement could obtain that personal information, making it easier to link a bitcoin transaction to a real person, interad of a random series of numbers and letters.

One blockchain developer, Tim Cotten, was even able to trace Bitcoin purchases back to Russia’s intelligence agency, the GRU, using only public information. And he agreed to show VICE News how almost anyone with a bitcoin wallet could do something similar.

#FAQTHEFUD
Learn the truth
Related videos worth
checking out