One of the concerns aimed at Bitcoin is the claim that it’s a Ponzi scheme. The argument suggests that because the Bitcoin network is continually reliant on new people buying in, that eventually it will collapse in price as new buyers are exhausted.

The short answer is that Bitcoin does not meet the definition of a Ponzi scheme in either narrow or broad sense.

Definition of a Ponzi scheme:

A Ponzi scheme is an investment fraud that pays existing investors with funds collected from new investors. Ponzi scheme organizers often promise to invest your money and generate high returns with little or no risk.

With little or no legitimate earnings, Ponzi schemes require a constant flow of new money to survive. When it becomes hard to recruit new investors, or when large numbers of existing investors cash out, these schemes tend to collapse.

The Bitcoin White Paper, released in 2008, on the other hand, contained no promises of enrichment or returns. Furthermore, the software was released in 2009 by Satoshi as open-source. Anybody could have taken and used the Bitcoin Bitcoin is a decentralized digital currency that can be sent from user to user on the peer-to-peer bitcoin network without the need for intermediaries.Learn more software. He gave away the key technological breakthrough before he launched the first version of the project.

Bitcoin is open source, and is distributed around the world. The blockchain A blockchain is a digital ledger of transactions that works from a decentralized network.Learn more is public, transparent, verifiable, auditable, and analyzable. An open source full node can be run on a basic home computer, and can audit Bitcoin’s entire money supply and other metrics. 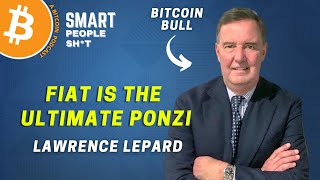 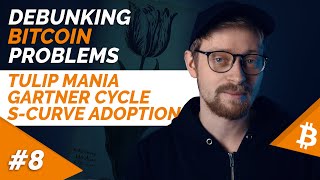 Why Bitcoin is NOT a Tulip Bubble – Gartner Hype Cycles