intermediate
A Cantillon effect is a change in relative prices resulting from a change in money supply.
previous page main crypto glossary
saveLog in to save this entry.

The Cantillon Effect describes the uneven effect inflation has on goods and assets in an economy. Since new fiat money is injected into an economy at specific points, its effects are felt by different people and industries at different times. This causes a distortion in relative prices and benefits certain parties while disadvantaging others. 18th century French banker and philosopher named Richard Cantillon coined the term.

When new money Fiat money is a government-issued currency that is not backed by a physical commodity but rather by the government that issued it.Learn more is added to the economy, it will naturally raise the price of goods and assets. However, not all prices will rise by the same amount or at the same time. The Cantillon Effect asserts that the first recipient of the new supply of money has an arbitrage opportunity of being able to spend money before prices have increased.

Because money added to the economy (through lending and asset purchases by the central bank) or removed from the economy (through debt write-downs and liquidations) happen at specific points in the economy rather than in all markets simultaneously, both inflation and deflation tend to occur as processes over time with differential and sequential changes in prices in different markets.

This is partially due to the fact that new fiat money is created at almost zero cost and given to specific parties, usually banks. These banks have an opportunity to spend this money on goods and assets whose price has not yet reflected the increase in money supply. Banks can thus buy goods at a discounted rate.

Cantillon also had a theory in which the beneficiaries of the state creating the currency is based on the institutional setup of that state. This essentially means, “he who was close to the king and the wealthy”, likely benefitted from the distributional choices of currency through the system.

In Cantillon’s day, the basis of money was gold, so he wrote about what happened when a nation-state discovered a gold mine in its territory. Increasing the amount of gold in the realm would not just increase price levels, he observed, but would change who had wealth and who didn’t. As he put it, “doubling the quantity of money in a state, the prices of products and merchandise are not always doubled. The river, which runs and winds about in its bed, will not flow with double the speed when the amount of water is doubled.”

Cantillon went on to discuss how money would flow, basically noting that rich people near the mine would spend it on 18th century luxuries like servants and meat pies, prompting a general rise in prices. Eventually the money would get out to the populace, but until it did, working people would have to pay higher prices without access to the new money that mine owners had. So there would be inflation, with uneven distribution of purchasing power.

The printing of the Dollar Today what Cantillon observed is far more extreme than it was in the 1960s; it is hedge funds, private equity, and bankers who have benefitted from the money printing, and the foreigners who benefit from our money printing are increasingly Chinese and foreign manufacturers.

This theory doesn’t imply that money creation is always biased towards the powerful, only that how money travels matter. There is no inherent money neutrality

If we want to be able to expand and reduce the money supply in a way that doesn’t benefit the already powerful and hurt everyone else, we have to have institutions to do so.

What is the Cantillon Effect and Why It’s Even More Important Now?on SWFI

The Cantillon Effect: Why Wall Street Gets a Bailout and You Don'tby Matt Stoller 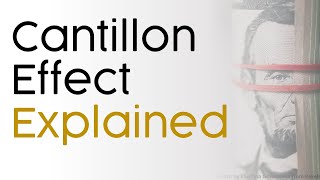 What is the Cantillon effect? Explained simple. 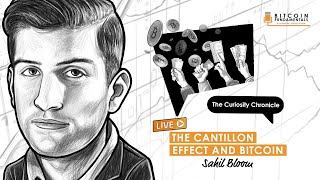 BTC055: What is the Cantillon Effect w/ Sahil Bloom