1st country in the world to declare Bitcoin legal tender

I am no bird; and no net ensnares me: I am a free human being with an independent will.

El Salvador, country of Central America. El Salvador is the smallest and most densely populated of the seven Central American countries. Despite having little level land, it traditionally was an agricultural country, heavily dependent upon coffee exports. By the end of the 20th century, however, the service sector had come to dominate the economy. The capital is San Salvador.

El Salvador has officially adopted bitcoin as legal tender. President Nayib Bukele hopes bitcoin will alleviate El Salvador’s prickliest economic problems: citizens sending money home from abroad account for up to a fifth of the country’s GDP, but they have to pay high transaction costs, and 70 per cent of people have no bank account. Bitcoin enables quick, cheap payments across borders, and doesn’t require banks.

There will be hurdles, as bitcoin isn’t yet simple to use for everyone. The markets, central banks and the IMF are spooked. The most daring macroeconomic experiment of the century has begun… and the whole world is watching.

Bitcoin became legal tender alongside the US Dollar in El Salvador in 2021. 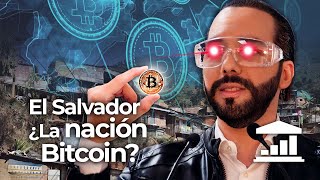 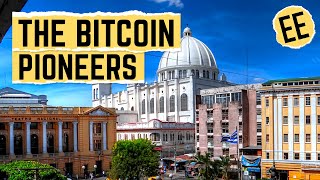 The Troubled Economy of El Salvador

If El Salvador were an NFT

The First Flower to Bloom in the Wasteland →