beginner
“Alt Season” is the part of the overarching cryptocurrency market cycle where many altcoins go up quickly in price against the dollar and Bitcoin at once.
previous page main crypto glossary
saveLog in to save this entry.

Alt Season is the part of the overarching cryptocurrency market cycle where many altcoins “moon” (go up quickly in price) against the dollar Fiat money is a government-issued currency that is not backed by a physical commodity but rather by the government that issued it.Learn more and Bitcoin at once.

If you are looking for early signs of an alt season, look to the price action of the top Altcoins like Cardano

The Altcoin Season Index is a good indicator for signalling an Altseason trend and vice versa. If 75% of the top 50 Altcoins are performing better than Bitcoin, they classify it as alt season.

Also, look out for these hints:

What is “Alt Season?”on CryptoCurrency Facts

What Is An “Alt Season” In The Crypto Industry?on Escape Artist

The Altseason of 2021on Bitcoin Suisse

Courage taught me no matter how bad a crisis gets ... any sound investment will eventually pay off. 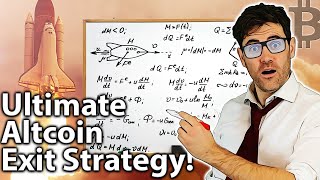 When to SELL Your Altcoins

The innovative investor’s guide to an entirely new asset class—from two experts on the cutting edge.
$ 22.30

This course will get you to build a blockchain and a cryptocurrency from scratch. How cool is that!
$ 109.99

The Dogecoin stickers are made of high-grade PVC material, they are waterproof and fade-resistant and can be repeatedly pasted without leaving any residue.
$ 5.29